Openness, Tolerance and Sense of Community: Narratives and Realities of Contemporary Societies 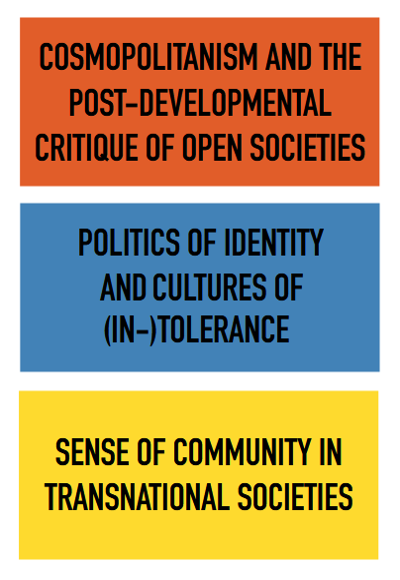 Cosmopolitanism and the Post-Development Critique of Open Societies

This group focused on the compatibilities and contradictions between ideas of political and economic freedoms, and the (often unacknowledged) imperial legacies that underpin some of our most fundamental assumptions of what it means to live in or develop an “open society”. This critical exploration occurred through a diverse range of presentations and follow-up discussions from experienced and novice researchers alike.

Carolina Alves from the University of Cambridge gave a thought-provoking keynote speech on “Economic Science and Development Policy as Colonial Practice”. She presented a critique of mainstream economic course frameworks that hide the true normative, analytical and interdisciplinary complexity of economic phenomena behind tidy but overly simplistic modelling. This results in an over-representation and -emphasis of methodological individualism and mathematical modelling to explain macroeconomic dynamics, market equilibrium and rationality, and solutions that can only be found in the market. At the same time, any deviations from equilibrium are considered as shocks, imperfections or temporary disturbances despite their recurrent nature (e.g. financial crises, global pandemics, natural disasters), while a “naturalisation” of capitalism masks its imperialist roots of and continued tendency towards geographic and race-based exploitation. Finally, she called on economists and social scientists more broadly to challenge the unquestioned proliferation of neutrality, objectivity and universality as scientific norms that ultimately exclude many people’s perspectives and interpretations.

In the first panel discussion, Jakob Kapeller gave an introduction into the question of whether liberalism can be of help in understanding what an open society is or should be. Citing the points of agreement and divergence between prominent neoliberalist thinker F. A. Hayek and “one of the 20th Century’s most influential philosophers of science” Karl Popper, he highlighted the compatibilities but also inherent tension between political and economic liberalism. Economic freedom – the ability to take economic actions such as owning property or competing and trading freely in markets – has the potential to both induce and inhibit political freedom – the absence of coercion, oppression or excessive restriction of action, as well as the ability to exercise human, civil and political rights – and vice versa. This manifests through the fluctuating subversion/assertion of human dignity norms and democratic practices by/over economic welfare norms and capitalist concentrations of economic power at different points in history. An open society according to Popper must therefore be a liberal democracy that is open to critique, engages in free debate, extols humanitarianism and ensures human rights for all.

Karin Fischer highlighted another dualistic, but fundamentally manufactured geographic and historical separation between so-called modern and colonial societies via the post-colonial perspective. Explaining the critique of prominent academic epistemology, especially with regards to field of sociology and development studies, she explained the binary social relation that divides world into the “Occident” (Eurocentrism, Western-centrism) and the “Orient” (the antonym of the Occident, anywhere belonging to the Eastern world), as proposed by Edward Said. This has led to a long history  of othering, the silencing of the subaltern and the rise of what Gayatri Chakravorty Spivak called strategic essentialism. Post-colonialism theory argues that the European imperial system preceded and therefore its legacies of empire based on domination and subordination are still remnant within both scientific and political thinking, reminding us to reflect on such interactions and entanglements within our own scholarship.

The final sessions involved research presentations by six students from around Europe and fields such as social, ecological and the philosophy of economics and political psychology, before Paul Marx gave a closing address on the joys and realistic challenges of pursuing an interdisciplinary research career. Overall, the panel offered an exciting array of challenging ideas and opportunities for open deliberation, inspiring many more questions for us to consider in continuing our research projects and careers.

Sense of Community in Transnational Societies

How does a sense of community of people and ideas emerge across national borders?

We approached this question in six sessions with very diverse approaches such as human geography, ancient history, intercultural psychology, and American literature studies.

Elisabeth Sommerlad (Human Geography, University of Mainz) looked with us at the role of media in the representation of transcultural encounters by using the example of films about New York. Cities in particular are settings and results of intercultural encounters. Cultural differences are often deliberately highlighted in these cinematic encounters and presented as non-negotiable facts. Films thus often focus on demarcation and the construction of “cultural” boundaries rather than highlighting commonalities.

Filippo Carlà-Uhink (Ancient History, University of Potsdam) discussed the central role of ancient Greece and Rome in debates about citizenship and empires. After an interesting discussion about the decolonialization of history and the persistent focus on European history, we learned about Greece as based on ethnos and Rome as based on legal status as two models and examples about citizenship today. Through becoming historically aware, we have come to realize that only by looking back to the roots of citizenship in ancient history can we, as communities or societies, initiate future change.

Philipp Jugert (Intercultural Psychology, University of Duisburg-Essen) linked transnationalism to existing concepts in psychology like collective identity and acculturation. An important research question today is: What does it mean for you to be part of a nation or of Europe as a supra-nation? Also, given the global challenges, is it important to reflect on an identity with all humanity in this debate? Asking these questions made it clear why, in the long-term view of identities construction, Berry’s acculturation model is being criticized and why we need to a move away from a concept based on fixed identities. As social Identities are contextual, the focus instead is on examining identity changes on the micro-level and taking a person-centered approach by asking what identity means to the person? For research in this direction, qualitative as well as longitudinal and interventions studies offer useful approaches to study and support the construction of identities.

In the closing session, we hand an intensive discussion with Florian Freitag (American Studies, University of Duisburg-Essen), about the construction of Borders and Regionalism in American Literature. We crossed the history of American border construction, reflecting on the historical developments such as the formation of free towns in the US in the 1950/60 and the following building of highways as boarders through these communities. It turned out that regions are more real than nations, which are rather more artificially build. Therefore, looking at the definition and influence of real borders, the question arose: What constitutes a border?

Overall, we had exciting discussions from various disciplines. Sometimes, the dots were hard to connect, but for sure thought inspiring for the progression of our research projects. 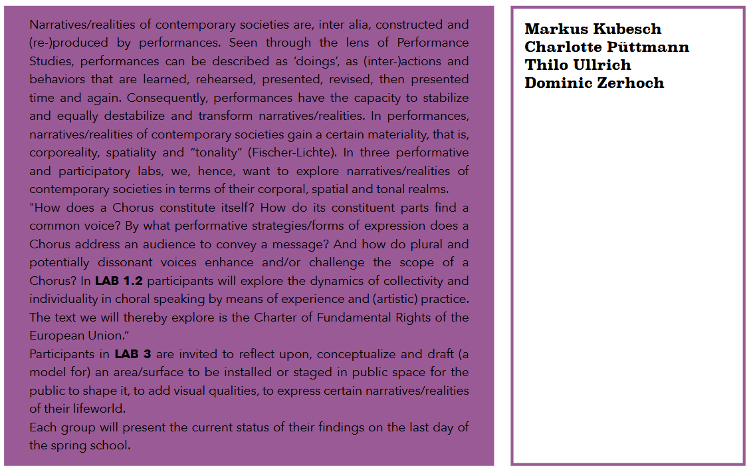 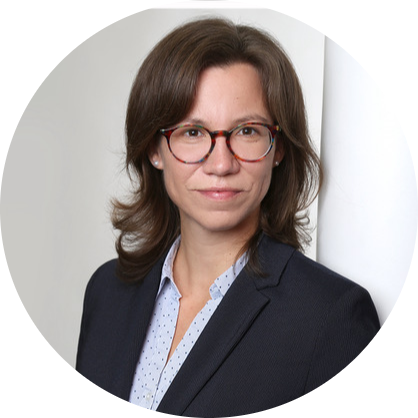 Janina Jasper participated in the first Spring School 2022 of the Mercator Graduate School. Her research focuses on global citizenship education and the development of collective identities and critical consciousness in transnational, inclusive societies that contribute to sustainable development. If no further challenges are crossing her plans, she anticipates starting a fellowship program in peace and conflict research at ICU in Tokyo, Japan in summer 2022. 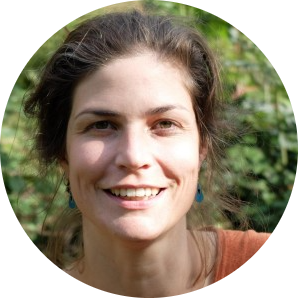 Marie studied psychology and cultural studies. At the Mercator Graduiertenkolleg she is doing research on the socialization of race, ethnicity and culture in Germany. 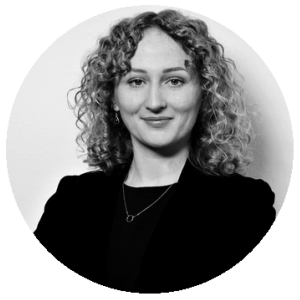 Jess is a doctoral researcher at the Mercator Graduate College for Open-Mindedness, Tolerance and Community Spirit. Her research interests are in participatory and community-based research approaches, development studies and social economics. 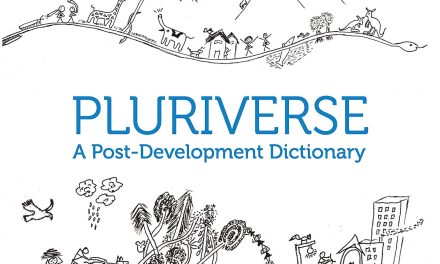 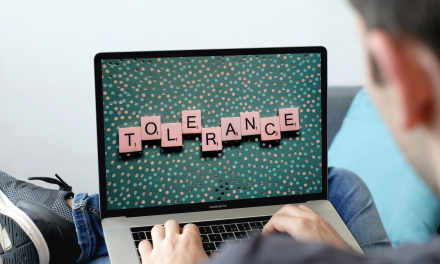 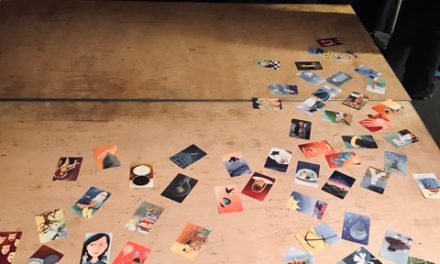